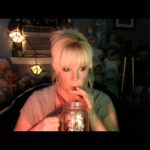 Made Famous during a time of deep loss and tragedy with in Orleans Parish, a sickening tale of a Romance gone wrong, found one man jumping to his death, and his girlfriend found as a victim of one of the worst kinds of murder that another human being can do to another.

Two young lovers survive the 100 Year Storm ( Katrina) in Louisiana becoming famous around the world as media darlings as the face’s of true love conquering all and survival.

But, as time went on and Stability was returned to the City, the reality of their new found fame, their drug induced habits, and the horror that followed them to826 N. Rampart Street, above the New Orleans Voodoo Spiritual Temple..

The story I am going to share is going to rock you to your cores and make you question things from a very Paranormal Aspect.

Watch as this night unfolds into what is sure to be one of my most interesting shows to date.

I will be using the tools that I have to see if we can get validation from the other side as to the other worldly involvement. Ghost Boxes will be used, Ovilus 5, Panasonic DR60 Voice Recorder, and more.

Will the spirits tell us what we wish to know? Can they use the data base of the Ovilus to give relevant and intelligent responses? Can they speak through the ghost box/spirit box? Can they say things devout of any radio by using the famed DR60 for EVP’s?

How deep do curses go? How can spirits come to possess not just this man but many others before him? Can this be stopped or is this area of New Orleans destined to yield evil again?

Join me Saturday night and lets find out together!