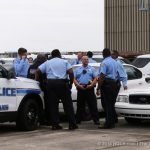 A few robberies that have recently made headlines include the armed robbery of a gas station in Algeirs and the pair of criminals who robbed the Lakeview Harbor restraint with assault rifles in Lakeview.  The latter of those two crimes have made quite a stir with Lakeview historically being a very low crime area and the fact that video of the crime was captured and shared on social media.

Correlation of Crime with Home Values

As previously mentioned, you see dramatic differences in crime levels in different parts of the city.  You will notice, with few exception, that the home values and costs of homes for sale have a direct correlation to the level of crime.  Bywater, which is in the 70117 zip code has one of the highest levels of armed robberies in the city with 71 so far in 2016.  A short drive to the Northshore to Mandeville and Covington and the armed robbery count drops to almost nothing. The Northshore also has seen substantial increases in home values, which play to the fact of the lower crime.   Below are the number of armed robberies, by zip code, in Greater New Orleans
Armed robberies by zip code in 2016: 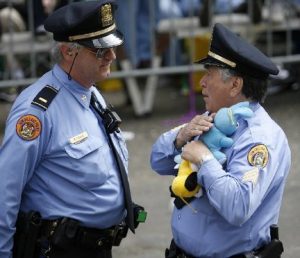 The highest of these areas, the zip code of 70117, has certain factors that may lead to the high level of armed robbery.  That zip code has easy access to a variety of streets and neighborhoods, providing easy access to make a quick get away. While the 70117 zip code is seeing a high number of robberies, when you look at the entire Greater New Orleans area has seen only a slight increase.  Although New Orleans is seeing a slight increase in armed robberies, the nation as a whole has seen a slight decrease, which can cause alarm.

Other areas have seen small spikes in criminal activity too such as Mid-City and the Gentillly area, both with 54 each.  The New Orleans French Quarter is third and Lakeview New Orleans having the lowest in the city.
With all of the recent unrest with attacks on Police officers, the NOPD is on high alert.  This has caused the department to respond by creating a new task force called T.I.G.E.R, which means Tactical Information Gathering and Enforcement Response.  This new task force has been created to assist specifically with armed robbery investigations.   NOPD has historically had challenges making arrests in armed robberies by only solving 42% of the crimes committed.  The new task force is intended to increase that number.
Even with the lower number of homicides, New Orleans still has its own unique issues, most specifically with armed robberies.  We are hoping that the new task force will increase the capture rate of these criminals and bring us more in line with the rest of the country.